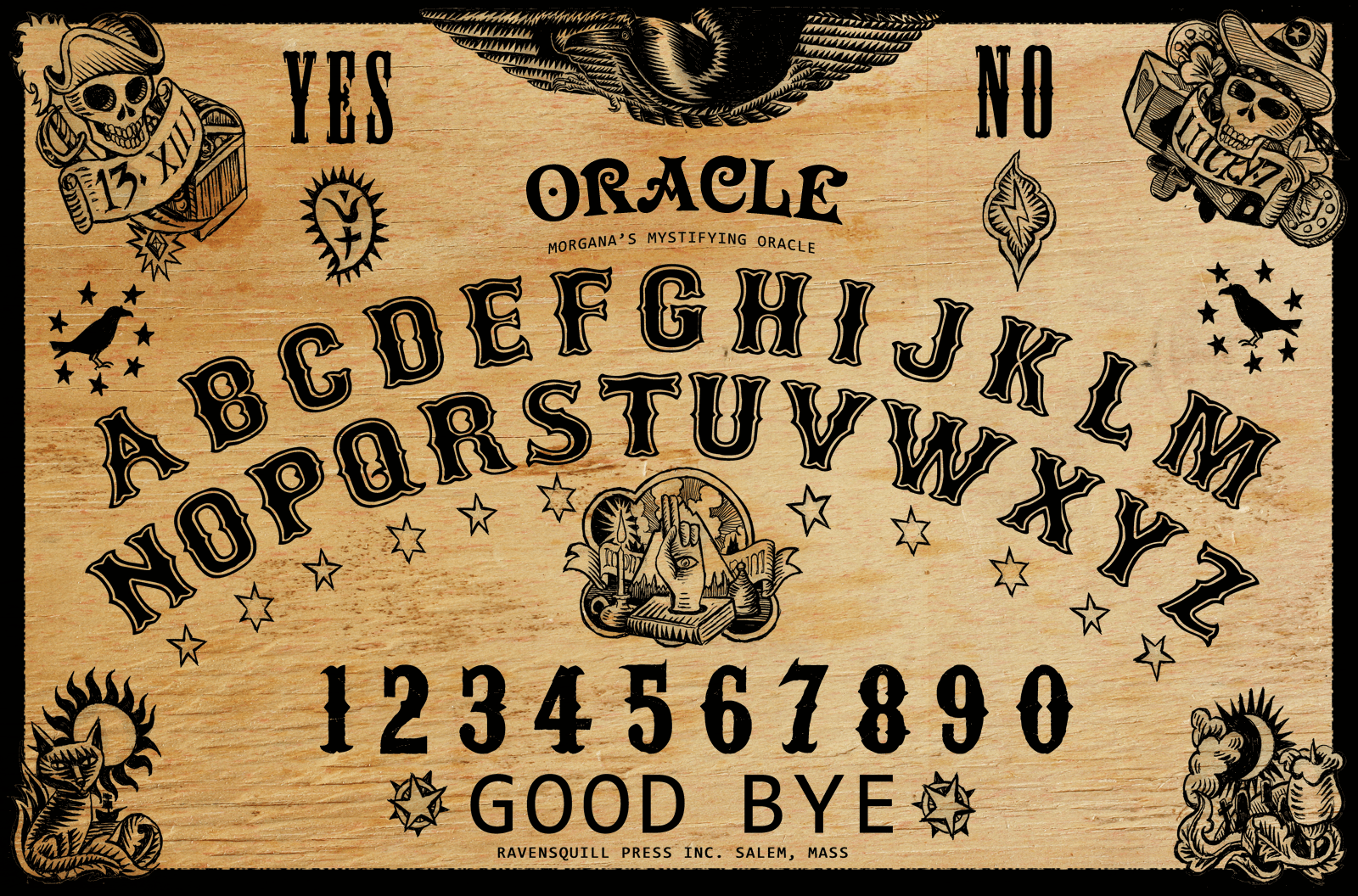 There is an Ouija Board that resides in Black Mountain, it is one of a kind. The person who crafted it may be unknown… for now… But it wields an incredible pull to the spirit world and more so to the dark side. Although Black Mountains Ouija is nothing more than a portal for demons the real Ouija is a different story. Well… mostly.

Charles Kennard claimed he learned the name “Ouija” from using the board and that it was an ancient Egyptian word meaning “good luck.” Although in actual fact the word Yes in French is “Oui” and yes in German is “Ja”. But if one searches there are many tales of how the name came about.

The Ouija board also comes with many names from a witchboard to a talking board, in South Africa they call it glassy glassy and the game is used with a piece of glass instead of a planchette. Everyone knows some form of story about someone that used the board and had something horrendous happen to them. Most of these would be nothing more than an urban legend, but I believe where there is smoke there is fire.

Ouija boards were first advertised around 1891 coming from a toy and novelty shop, yes that is correct. They were easily accessible to adults and children alike with the hook that this magical device could answer questions be it from the past, present or the future. It promised the most accurate answers one could wish for. Most people were not concerned that they were communicating with the dead, they did not think of what the consequences could be for contacting something otherworldly. Most people looked at it with curiosity and couldn’t wait to make contact. The churches were quick to warn about demonic possession but a lot of people did not seem to care.

I used an Ouija board growing up as I’m sure a lot of you have as well. I had no idea what I was doing but the hook was could you actually communicate with the dead, a spirit and what happened if something more ghastly came through like a demon. All these factors played in my mind but still I found myself sitting on a Saturday afternoon with my friends asking if anything would like to communicate with us.

The Ouija did find itself being accused of being nothing more than a devil board by many that did not understand it, but in the same breath who really knew what was going to be summoned when you placed your fingers onto the planchette and called out for contact. Many evil stories have been linked to it over the years but I have also found that psychics and mediums have used these boards with great success. Some swear by them to help find missing people or even to help them write novels and poetry. One man said that without the help of the Ouija he would have died as it warned him that he had bowel cancer and after a trip to the doctors it was confirmed.

So what actually moves the planchette, is it a spirit, a demon trying to trick you into believing it’s a loved one? There again are many conflicting answers, I believe it is a supernatural force as I have experienced its work first hand. But some say there are those that fake it, even just to joke or tease their friends where in the older times they would appoint someone to guide the planchette during a séance to either trick the mourning person out of money or material possessions.

What do you think about the Ouija Board? Do you believe it is a supernatural force at work or is it possibly ones own mind involuntarily pushing the planchette?