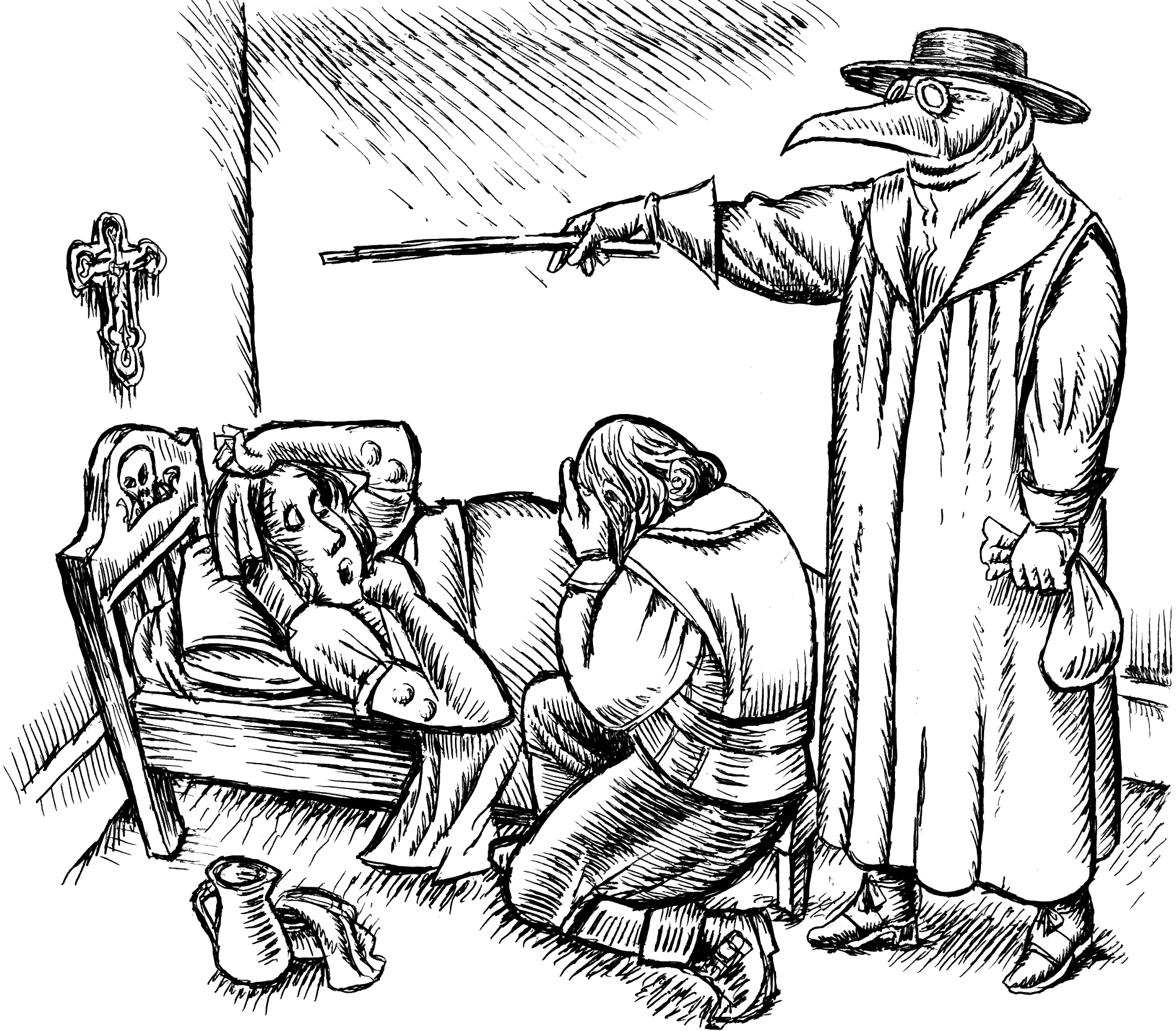 During the most contemporaneous outbreak of the Plague or Black Death in 1636, the greate cities employed numerous Plague Doctors utilising the new medical sciences to greate effect. An costume of waxen cloath covered the skin from head to toe, the whole being finished with long leathern gloves and heavie boots, topped with a mask to ward off the noxious vapours of the pestilence by a carefully prepared admixture of herbs and potent spices.

Local island tales relate that one doctor was so vexed by his employment in this dangerous and poorly paid task, after a worthy and profitable employ as court physician, that upon expiring from the pestilence, he did so vehemently curse his costume, that it became possessed by the ghosts of the plague’s victymes. This haunted demonic vestment would rise by itself to claim the lives of anyone who touched it , disembowelling and eviscerating its victymes mo$t pitylessly.

Discovered a demonic fiend disguised as a Plague Doctor. The smell of sulphur lingers in its wake. It cracked my knee using the cane it carries. Physical attacks dont seem to do much to it. It levitated up into the Dughall Mor trees of Branwen Loch. I feel I know the demon that hides within  and burning the guise might be one way to destroy it but I need to trap it first.- Miguel 1690

While taking time to pray up at Branwen Loch I heard the creaking of leather. High up in the trees a demon stared at me curiously. I closed my eyes and asked for guidance and began reciting a prayer of protection. The demon was gone when I opened my eyes, the smell of sulphur stirred in the air. – Sister Cyprian 1812

News of a Plague Doctor feeding on intoxicated and carefree youth brought me to Branwen Loch. I believe a demon is possessing the clothing as using a banishing spell injured it. What ever lurks within that suit is a very powerful and ancient evil. It hid away from me. I will be back to capture it and take it to the Elders. – Miskelly 1910

I found the creature at Branwen Loch, I will choose my battles wisely. Ive read how Sister Cyprian protected herself using a prayer. I’m going to use a shotgun with rock salt filled shells.  All my predecessors failed to destroy this demon so maybe there is something bigger going on here. – L 2016