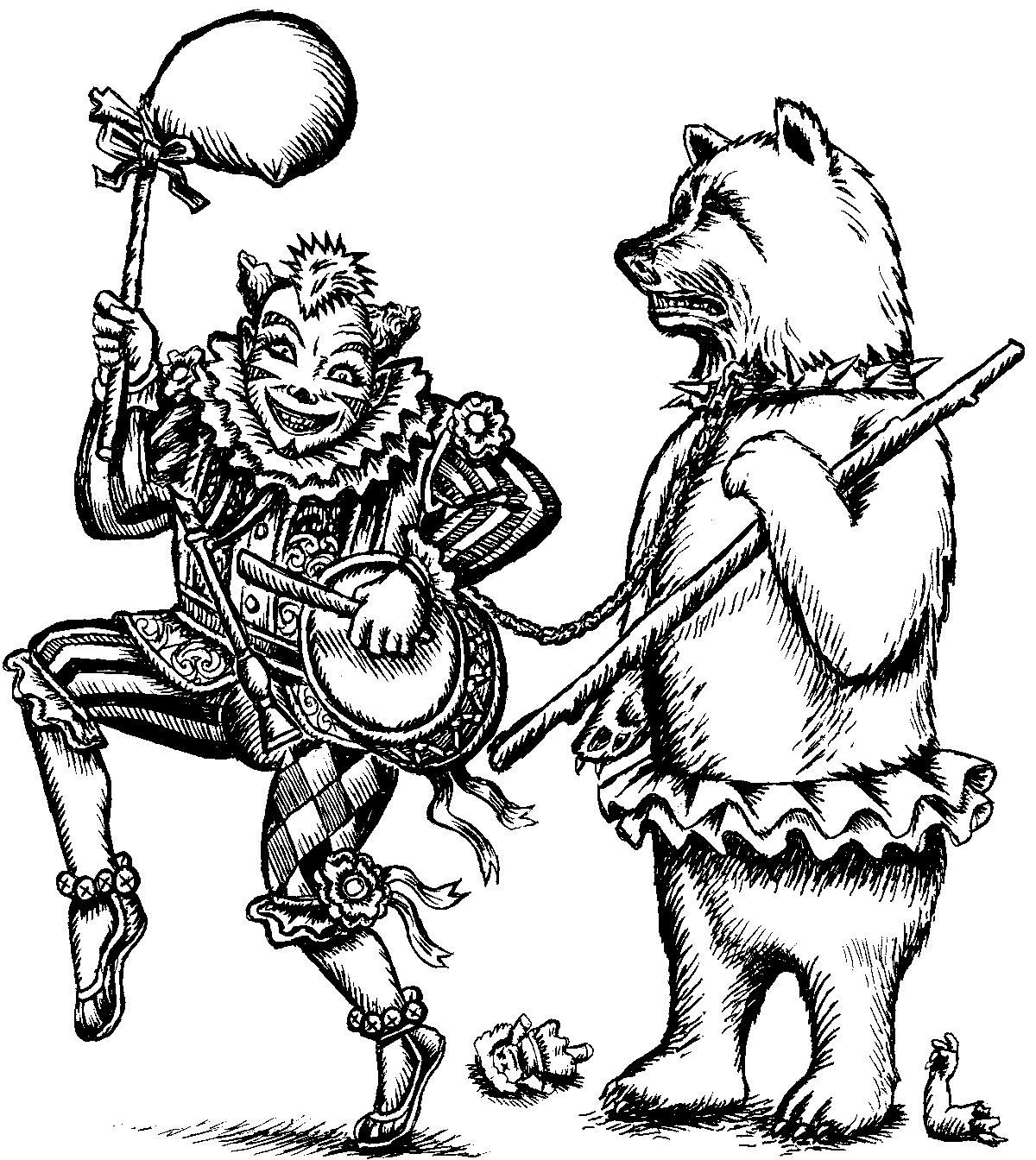 Pernicio ye Clowne appeared on Black Mountain Isle with a parcel of vagabondes and rogues performing Ye Comedia della Arte to the peasantry to greate acclaim. However, stories began to flourish throughout the island of disappearances, mayhem and murder whensoever Pernicio dyde performe, The yeomanry being summoned, ye Clowne disappeared into the deepest forests of the island. From time to time, horrifying stories emerge of thi$ brigande and hi$ dancing bear Calypso.. but he can never yet be founde, being able to slip away at night as if the very grounde hath swallowed him whole.

Trapping this clown was no easy feat but his ursine companion was nearly impossible to capture. The clown settled after I reunited it with Calypso its bear. The clowns laugh is frightening my crew, they are convinced he is a bad omen and he will kill us all. – Miguel 1690

The clown and bear have escaped the ship. We smashed into the rocks off the coast of Black Mountain Island and a horde of beasts I have collected are gone. The cursed clown is roaming free on the Island now. All I have left of the clown is his tongue in a jar – Miguel 1691

Searching for the clowns tongue has brought me nothing but despair. Miguel has hidden it well somewhere on the Island. I now wonder if he was friend or foe reading through his notes. The tongue could allow me to use a locator spell and find the clown. He needs to be executed as well as the bear. The countless deaths of young children all point to these heinous creatures. – Myrrhtear 1770

I’m afraid of clowns, Ive seen too many movies of them killing children or just popping up giggling and dancing… Reading about Pernicious and Calypso has struck a cord of fear into my soul. There was a balloon tied to Ravencroft Manors gates filled with blood. Also Ive seen a few at the back of the Manor by the maze. I will come back to this monster and gather my strength first. Or maybe its trying to control my fear first. – L 2016