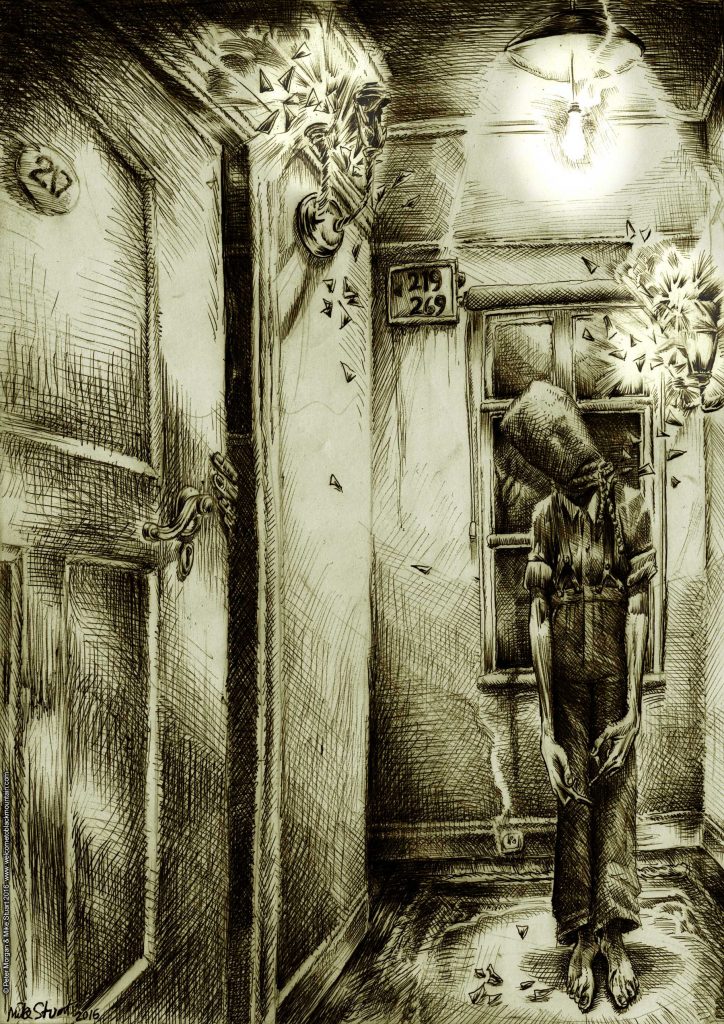 Melanie shut the lift’s cage door, noticing four buttons to choose from. She pushed the third one and felt the lift jolt slightly before going up. As she passed the second floor the lift stopped, revealing what looked like a frail young boy with a hemp sack over his head standing at the end of the corridor. His head was twisted to the side like a dog when it hears something. Melanie began hitting the ‘3’ for the lift to move as the boy started walking forward toward the lift. The lights in the corridor began to flicker and go out. With each step he got closer to an increasingly anxious Melanie. The lift jolted as it began ascending; the boy was now running toward the lift. She threw herself to the back of the lift and realised that the boy was gone. She let out a deep breath as her heart stopped racing.  She could hear laughter as the lift reached the third floor.

“Idiots!” She shouted, realising it was someone playing a prank on her. The lift opened and Melanie got out. Long corridors stretched to either side of her. She looked at the number on her key. “Three, one, five,” she said to herself, as she walked down the corridor to the right. 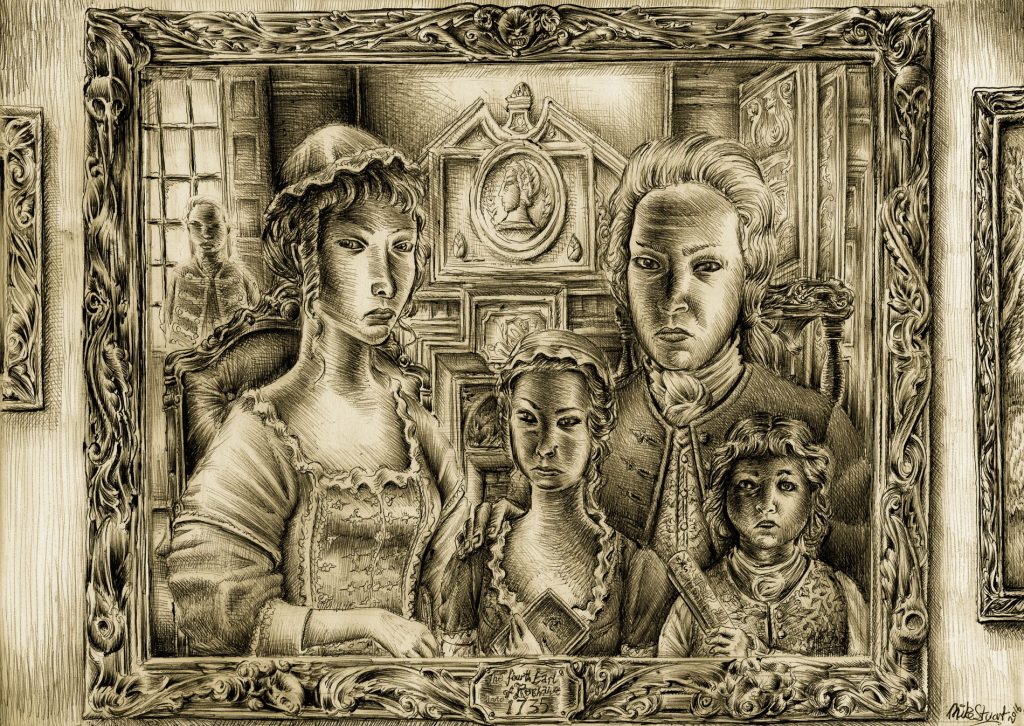 Paintings of the Manor filled the walls, dating back to the 1500s. Melanie paused at a painting of a group of men and women dated 1735. She thought they seemed soulless; there was no expression in their faces and their hollow eyes portrayed a vacancy of the mind. Melanie turned around and stood in front of her door. She put the key in and unlocked it. She pushed the door open, dragging her bag in behind her. Melanie pulled it up and put it on the four-poster bed. She lay down for a minute to catch her breath. Looking at the carved ceiling, her eyes slowly began to close. It was probably that cocktail before I got on the plane… she thought as she drifted off to sleep.