“The Amusement Park only opens at 6pm, so where should we go until then?” Diego asked.

The boys were looking to have some fun, but trouble always seemed to follow these two around. “Let’s go look at the abandoned mines,” Christian suggested, trying to make his voice sound spooky.

Diego’s face lit up. “Great idea,” he concurred. “To think, all those miners died down there.”

Christian nodded, “You mean were murdered,” he said with a mischievous grin.

“The Black Mountain mines had been abandoned for more than 300 years,” Diego explained. “After the fire broke out and killed the miners, a lot of speculation went down that it was a cover up for something much more sinister.”

Christian hopped onto a moped, saying, “I don’t need a history lesson Diego.”

He put on his helmet and threw the other to Diego who almost dropped it. They both laughed as Diego climbed onto the moped next to Christian’s. He folded the map and put it in his pocket.

“On your marks…” Christian said revving the moped. They spun off racing out of the large Manor’s iron gates. 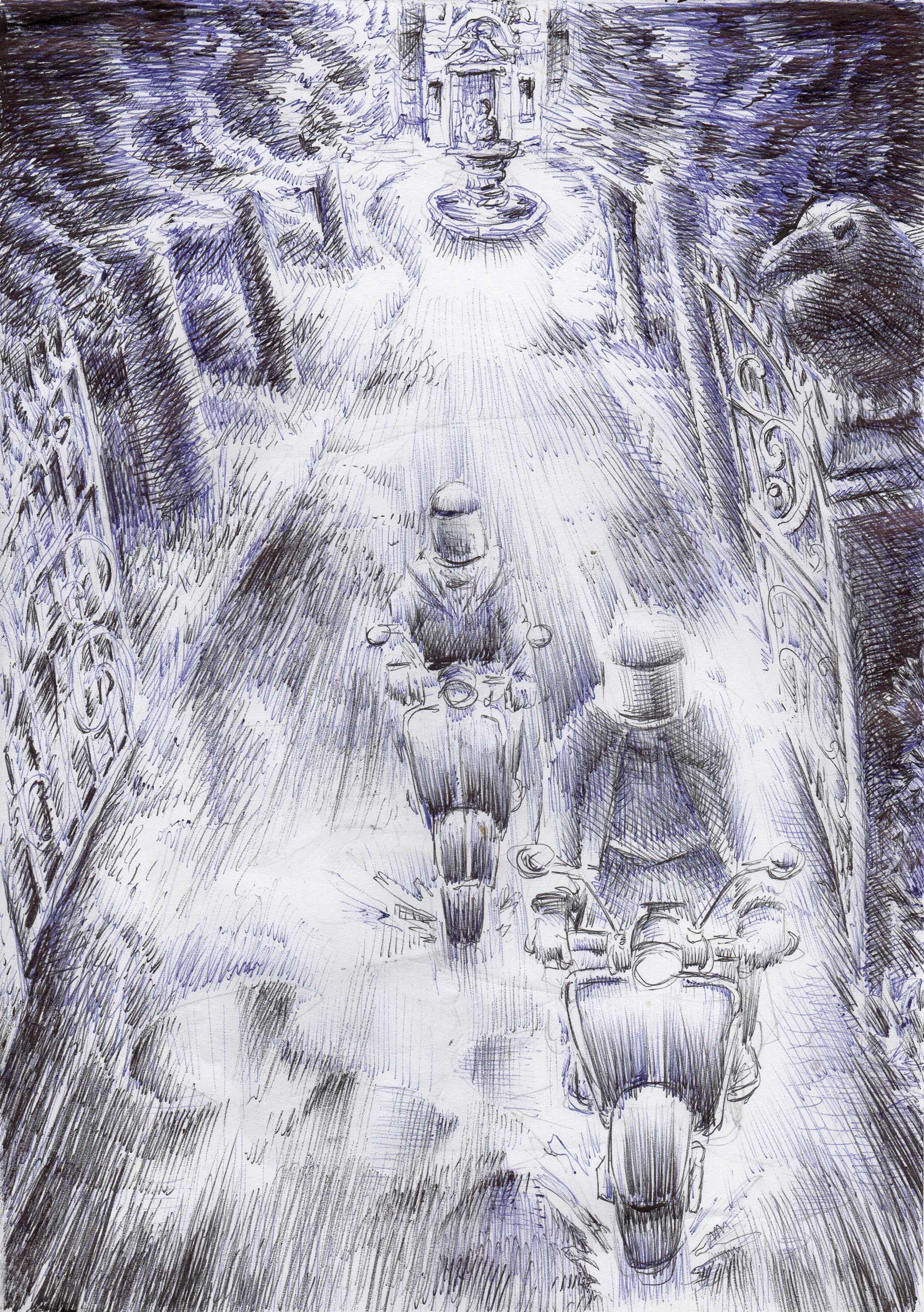